Why is the SBI happening now?

It is important because it will enable us to: (a) at macro level:

(b) at micro level: assist decision-making by social investors through social reporting on the outcomes and on the processes that create them (e.g. EFQM). This can also be applied to the ecosystem: do we have advice, incubators, finance etc.?

The aim is to converge the hundreds of tools and come out with a few core indicators.

We should use the huge pool of talent we have to solve social problems – and attract talented people away from the financial sector.

Lombardy has an ESF Jeremie scheme managed by Finlombarda whereby members of co-operatives can borrow €4,000 to invest in the shares of their co-operative. Half is paid back and the other half is written off after 5 years. Analysis was “difference of differences”. Conclusions:

Started work at beginning of 2011 on a tool which has 4 dimensions. In each area, indicators are aggregated into one index. Data is collected by questionnaire. Each organisation is benchmarked against the average. It has 4 dimensions:

It is online at http://swd.msap.uek.krakow.pl (PL only at present.)

The 75 participants divided into four tables focusing on:

They scrutinised the strand messages according to the following guidance:

At the end, participants were asked to weight the recommendations by their importance. This method was successful in eliciting new evidence a well as clarifying the previous argumentation. 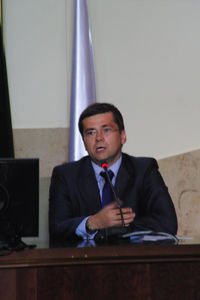 The two rounds of table work occupied the first half-day. The second half-day was given over to an extremely inspiring presentation by the Stowarzyszenie Siemacha on the Com-Com Zone, a social enterprise in Kraków.

Report-backs from the 4 tables were followed by a panel discussion chaired by Paweł Chorąży.

This was notable for the enthusiasm to take part in the network that was expressed by both Carlos Tortuero Martin (Spanish MA) and Jan Olsson (REVES). The social economy makes up nearly 10% of Spain’s economy and 35,000 SE enterprises provide 364,000 jobs. The public budget spends a considerable amount supporting the SE, but very little comes from the ESF. Magdalena Zawodny Barabanow from the regional social policy office in Kraków recounted how the Małopolska region had been inspired by Andalusia to construct its social economy pact, which now includes 40 member organisations. The pact was ready-made to compile a long-term strategic plan.

Jan Olsson of REVES gave examples of successful fund management at regional and local level – the anti-discrimination OP managed by ONCE in Spain is an excellent model. Community Initiatives in social innovation and local development should be established.

Gerhard Bräunling of the Employment DG mentioned that the SBI asks Member States to come up with an integrated strategy to promote social enterprises. Some MSs have plans while others do not. At the minimum these would include:

The event conveyed the content of the work of the five strands to some 75 interested participants, and held a debate on the role of the social economy in the forthcoming structural funds programming period.

After opening speeches from Flanders and Poland, the day comprised:

Some key points were:

Reflections on the social, economy in the new programming period 2014-20

Paweł Orłowski, PL: one of the answers to the crisis is the social economy and mutual learning, so he wants to continue BFSE.